Grand Isle offers a diverse selection of birding habitats–from salt marsh and bays to sand dune beaches and a dense forest of oak and hackberry trees. This is truly a unique place for sighting songbirds, waders, shorebirds, raptors and waterfowl.

A compact tract of live oak/hackberry forest, mostly preserved by the Nature Conservancy, offers a welcome resting spot for migrating birds. Twice a year, nearly 100 species of birds make a 500-mile trek across the Gulf of Mexico and land in Grand Isle’s forest–the first land they see after their long journey. When the forces of nature align with the migration, a strong thunderstorm will cause a phenomenon known as “fall out,” where hundreds or thousands of exhausted birds will fall out of the sky into the safety of the trees. The list of potential birds to see is quite long and includes flycatchers, vireos, thrushes and mimic thrushes, tanagers, grosbeaks, buntings, orioles and warblers. A round trip of the birding trail is approximately two miles.
More information on birding in Grand Isle:Grand Isle Birding Trail. 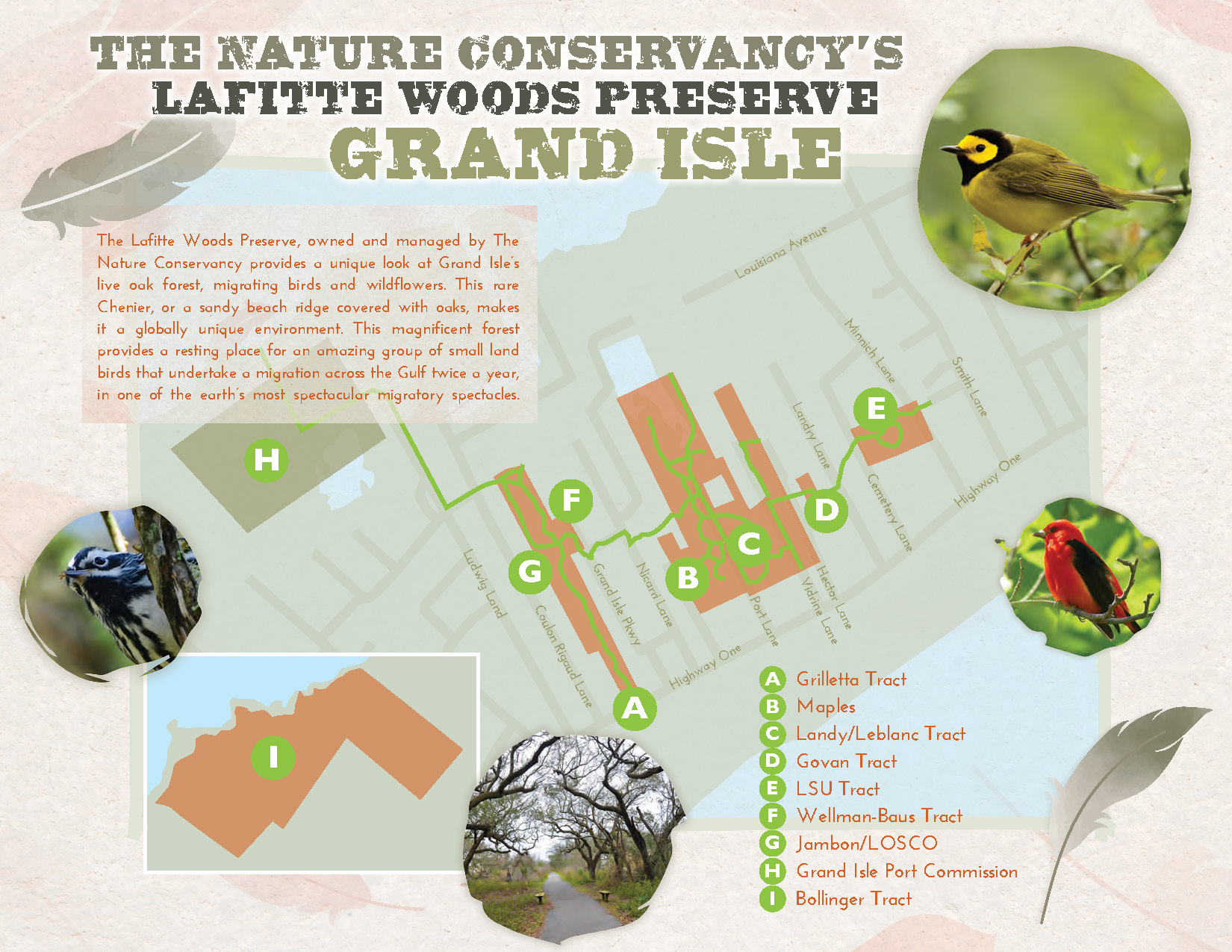 Anytime of year, the beach at Grand Isle is a perfect place to watch some of the many species of shorebirds. You will also be able to view gulls, terns, skimmers and, of course, the Louisiana State Bird – the brown pelican.

Back of the Island

The marshes that line the back of Grand Isle provide a perfect habitat for wading birds, including the great blue heron, little blue heron and other herons; ibis and snowy egrets; and occasionally the pink roseate spoonbills.

In the 1960s, Louisiana’s state bird–the brown pelican–was on the brink of extinction. The state launched an ambitious plan to bring them back on Queen Bess Island. Today the island hosts a thriving population of thousands of brown pelicans as well as roseate spoonbills. Located only four miles north of Barataria Pass, the island can be seen via charter or personal boats.